A story about a man and a salmon

A story about a man and a salmon

Believe or not, this is the story of a guy whom I met on an island

One day he was so tired after his work.

He was sales something at a company.

when he gets his cup of coffee and sat down on a chair, the door bell was ringing.

He fell into the trouble. Because he was too much tired.

He was thinking few seconds and then decided open the door.

And then he was face with a salmon.

The salmon was trying to found out something in his briefcase after 'Hi'. Immediately the salmon picked a paper up and handed out the paper to him.

"We just decided to invite you to our new year party"

Salmon shook dust from his coat.

After that, salmon stared into his eyes.

"And we really appreciate about what you did sir."

The man started to thinking about what he did for salmon's. But he couldn't found it easily.

He got a dry cough two or three times. While that time, he tried to remember, but he couldn't.

"Nothing, but just take this paper to the party place."

And then Mr. Salmon turned around. When he walked the first step, Mr. Salmon look back and told him.

"And really thanks that you are exist in this century. Because......"

Mr. Salmon stopped talking and thought of something.

"You are one of the gear of this world."

"Yeah I know, but everybody's are living in this century same as me."

Mr. Salmon bent his head. Mr. Salmon seemed to indulge in his distress.

"Can I get into your house? If it's not indelicate let me in please."

The man allowed the salmon in.

Mr. Salmon took off his hat, and hung it on the wall.

The man just saw what the salmon did.

"You want some tea?"

The man asked. The Mr. Salmon was sat on one of a chair around of the table and nodded.

While he doing that, Mr. Salmon was looking around the house.

The man poured water in a cup and put a tea pack in.

He stopped what he was saying, And he thought what he had to tell Mr. Salmon, about his life. Actually, he doesn't know who salmon is. Even, he never met a salmon like this way before.

Mr. Salmon repeated after him.

"That is kind of normal. Even married people, they feeling lonely also. Sometimes, at some point of their life. At the moment...... Maybe in the middle of dark."

The man sat on a chair across from Mr. Salmon. And he looked at the outside through the window. The man watched the sky colored by the setting sun.

"Do you heard about how to make an 'Iron buddah' tea?"

The man started to talk about the tea 'Iron Buddha'.

The tea Iron Buddha was from a mountain in the South Korea. People called the mountain as 'Ji-Ri'.

In winter, the tea tree hide the seed of tea leaf. In the spring, people harvest the young tea leaf at the dawn. Because people believe after sun rise, theres an elf who eating the essential of the tea leaf. So they need to gather tea leaf before the elf's eat that.

After the story, the Mr. Salmon nodded his head softly.

"Yes, elf's eating everything. I think they can eat lobsters too. You know how hard the lobster's surface."

Mr. Salmon shakes his head. It looks like the Mr. Salmon tried to eat lobster raw.

“Sometimes I need to eat lobster raw, because my Family members like that, I don’t like to eat raw lobster, but I like eating raw lobster with my family. Because, at least, I am not alone."

The man got a sip of the tea. And didn’t say anything for a while. It was feeling like a perfect silence in the world. Mr. Salmon knew that. That was the only one type of silence between a man and a salmon.

Mr. Salmon felt like he could understand the man. At that moment, when Mr. Salmon got a smell of the tea, Mr. Salmon could feel the life of the man with his whole body.

Mr. Salmon never got experience like this way before. And it makes Mr. Salmon calm.

'This is man's life. At least to this guy'

And it seemed pretty natural.

The man did not move at all. He just got sip the tea occasionally.

Everything was looked good. Even though there was no flower and no evening glow anymore.

At the last, there's no Mr. Salmon.

Mr. Salmon just disappeared and only half cup of 'Iron Buddha' tea remained.

Please fill out the form below and submit it. Will call you back with specific information. Thank you :-) https://docs.google.com/forms/d/1TFILWRVuE9pgJucS1wj44nsFBPgHTqX_FfAlbwnSEHA/viewform

Motto of the Education

◆ TaeKwonDo 5 Tenets 1. Courtesy 2. Integrity 3. Perseverance 4. Self-Control 5. Indomitable Spirit ◆ Motto Never give up. Cultivation of Exceptional Attitude. Unity of Thought and Action. ◆ Code Help each other Respect each other. Be honest. ◆Self Mission Statement I am honest I am happy I am a winner I will succeed in life Sir. ◆ Children Creed I will be a good person with Knowledge in my Mind. Honesty in my Heart. Strength in my Body. And to be a good person and be a future Black Belt Sir. ◆ Tiny Tiger Creed I will obey my Parents. I will clean my Room. I will wear my Seat belt. I will Brush my Teeth. I will always use good Manners. ◆ Students Creed I will develop myself in a positive manner and avoid anything that would reduce my mental growth or my physical health. I will develop self-discipline in order to bring out the best in myself a 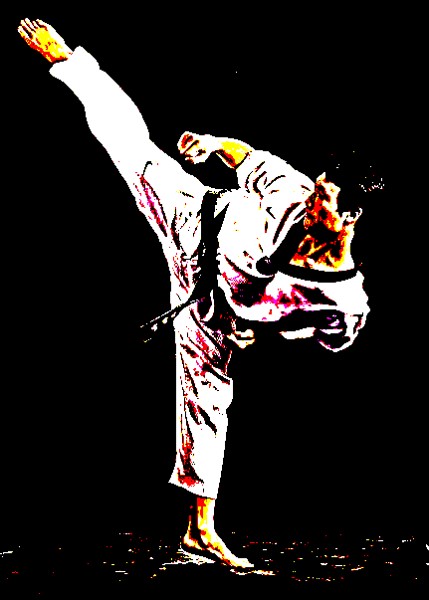